What is bipolar disorder?

Bipolar disorder is a mental health condition, in which the patient experiences both episodes of elation, high energy, or high productivity (mania), and episodes of feeling down or depressed, and, in some cases, episodes with symptoms of both. It used to be known as “manic-depression”, due to this duality. The highs and lows can both last for weeks in extreme cases, and can severely affect the life of the patient as their mood swings from one extreme to the other. 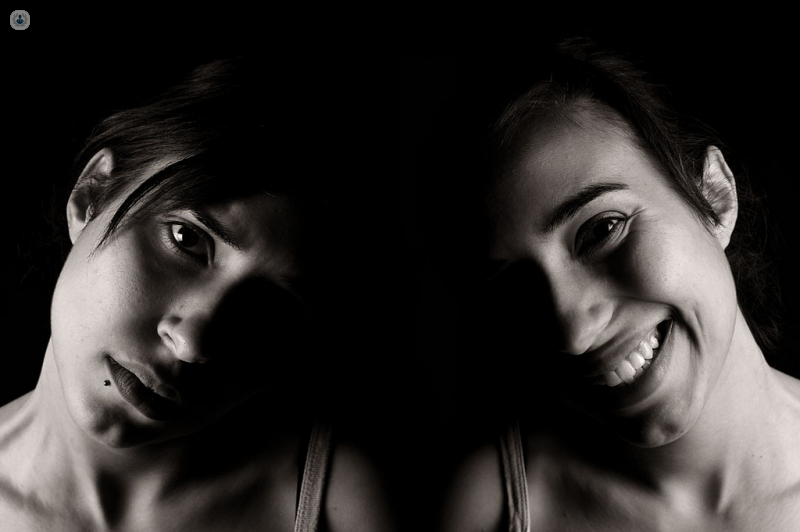 There are four recognised categories of bipolar disorder, each sharing characteristics of both mania and depression, but with varying frequencies, tendencies and intensities of the two.

Some psychiatrists suggest that bipolar and related conditions are best understood as a spectrum, but this view is disputed.

What are the symptoms of bipolar disorder?

Manic episodes are characterised by:

Depressive episodes are characterised by:

In certain cases, people with bipolar disorder suffer from psychosis during an episode, including hallucinations or delusions.

The exact mechanism of bipolar disorder is not fully understood, but it is thought that genetics play a big role. Environmental factors, such as childhood trauma or abuse, may also contribute.

What is the treatment?

Treatment for bipolar disorder is centred around controlling the patient’s mood swings. Each case is different, with different patients suffering episodes of varying duration, intensity, and symptoms. Therefore, treatment must be individualised.

Effective treatment plans usually involve a combination of medication, such as mood stabilisers and antidepressants, and talking therapy, such as CBT (cognitive behavioural therapy). Sleep medication or antipsychotics may be prescribed to counter specific symptoms.